You will want to get a deck of these cards for every student/child you know. They will be able to practice all the elementary computations in one simple deck. Play Math A Big Deal and your child/student will become proficient in addition, subtraction, multiplication, division, fractions and place value. For more information see the Product Review below! GUARANTEED! More than 10 games. 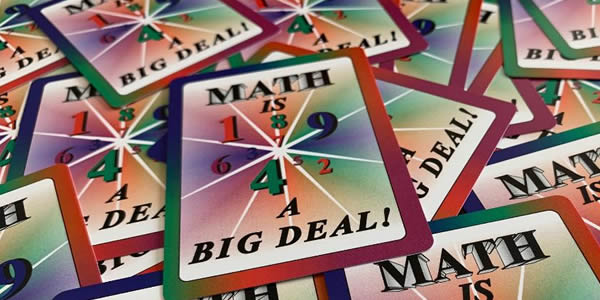 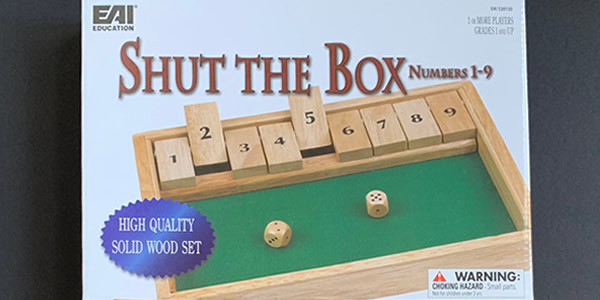 Exploragons allow students to explore geometric concepts concretely. Students can easily snap the flexible sticks together and explore polygons and plane geometry. This is a must have for teaching geometry. Get a set today and make the concept stick. 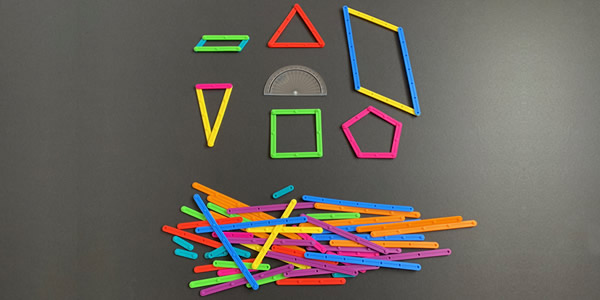 This product is intended for kindergarten through sixth grade. Five and six year olds will only be able to play a few of the games, whereas eight to ten year olds can play most, if not all, of the games included in the deck. Some games are very simple, such as Before and After, in which a number card that comes before or after the one previously played must be used (perfect for younger children.) More complicated games, like Target Addition, help children think strategically as well as mathematically. Many of the instruction cards also include directions for making games more challenging if needed. Math A Big Deal is a simple yet effective card game that helps children reinforce basic math concepts. The card deck consists of the numbers 1-20 (with multiples of 1-10) and a "greater than" symbol. Instructions for ten different games are also included. Games cover elementary math concepts such as place value, addition, subtraction, fractions, and multiplication. The cards are protected in a sturdy, plastic case.

My family enjoyed playing Math a Big Deal. In fact, it was very helpful for my 8-year-old, who greatly dislikes math. Some of the games were fairly easy for her; others were more difficult. But all of them enabled her to practice and improve math skills in a fun way. Playing is much less stressful than completing endless worksheets! It was also quality time, since she was playing these with her Mom.

Math a Big Deal worked well in our homeschool, as I believe it would in most others. While it was necessary for me to instruct and help my child, older children (or those more proficient in math) could use the deck with very little parental involvement. I feel the games would also be extremely beneficial to those who are hands-on or visual learners.

There are a number of pros that make Math a Big Deal a worthy investment.

(1) The cards themselves are high quality--much more durable than cheap playing cards.
(2) The deck is compact and easy to transport.
(3) The games can be played immediately; little to no advance preparation is needed.
(4) The games provide an enjoyable math experience that develops skills without the drudgery of worksheets.

In conclusion, Math a Big Deal brings fun and learning together in a simple, easy-to-use card deck. Regular use should greatly improve math proficiency. I highly recommend it.